Since the Lord led me to “go public” with my pregnancy history, and since we’ve really begun telling people about our road to parenthood, I have learned a lot about people. Once you admit publicly that you’ve had a miscarriage, you’d be amazed at the people that come forward with their own story of struggle or loss. I’ve had people I never would’ve dreamed, come whisper in my ear and give me a knowing hug. According to statistics, about 10-25% of pregnancies end in miscarriage. That’s as many as 1 in 4 pregnancies….1 in 4 babies never make it! In our case, it took 9 tries to bring a pregnancy to birth. And as heartbreaking as this has been, it truly has been a blessing to me… a way to open a door, to share a story of hope.

But y’all, that statistic holds great news! It means that, of those 4 babies, 3 made it! Three of those precious little humans were able to be loved & hugged & cuddled by a Mommy & Daddy. A Mommy & Daddy that, hopefully, anticipated their arrival as eagerly as the Mommy & Daddy of Baby #4. It means that they didn’t have to hear dreaded words, give dreaded news, or feel dreaded emotions that come with miscarriage and pregnancy loss. And friends…that’s a great thing! A gift from God!

Most of my messages here on the blog are directed to the parents of Baby #4…the one that slipped away. That’s my story- my background. That’s what I know. But today, I want to take a minute to talk to the rest of y’all. The ones who haven’t had to experience the loss of a pregnancy…of a baby.

“Before I formed thee in the belly I knew thee; and before thou camest forth out of the womb I sanctified thee…” -Jeremiah 1:5

The emotions that come along with miscarriage and pregnancy loss are some that are hard to explain. And they are definitely different for everyone. Hurt. Jealousy. Sadness. Confusion. Doubt. Anger. Bitterness. Regret. Isolation. Grief. It is an emotional rollercoaster of some or all of these feelings, and more. And that’s ok. You probably already guessed that. 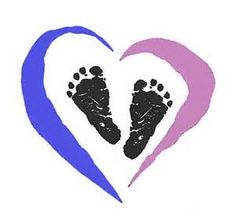 As painful as miscarriage is emotionally, it is also painful physically. I know that the majority of people “get” the emotional pain associated with pregnancy loss. What I don’t think many people realize is the physical pain that comes with it. Friends, even though that baby (or fetus, if you prefer)  is only a little over an inch long, barely the size of a kumquat, they are still inside us. At ten weeks, our babies have fingers and toes. Their vital organs have formed. They can bend their wrists. They are tiny humans. And just like your tiny human at 39 weeks gestation, they still have to come out – even if they aren’t making it out alive. How does that happen? The same way it does for everyone else. Contractions. Bleeding. Pain. Basically, labor….or a surgical procedure, if so chosen.  Now y’all don’t get me wrong – I’m not likening it to full-term labor pains by any means…but the physical pain of miscarrying a baby is still present. And it’s real. Coupled with the emotional pain and, well, it’s a lot to handle.

Besides the feelings of grief, it’s a WEIRD feeling. The most often talked-about part of miscarriage is the initial onset. The moment when you “find out”….the initial finding of blood, or the unexpected ultrasound, or the Doppler with no heartbeat. What isn’t often talked about is what comes next. After you find out your going to miscarry your baby, but before you actually miscarry your baby (or have the surgical procedure), you’ve got a few awkward days to deal with. Y’all. I’m about to be harsh. I don’t know how else to put this, except to tell you how it’s hit me more than once. “Oh God. I have a dead baby inside me.”  I don’t care how you look at it…that’s a weird feeling. It’s a feeling I don’t think you can truly understand until you’ve felt it. I know it’s a jarring reality. But, in the world of miscarriage, it’s reality nonetheless.

They were real people to us. We think about them every day. We wonder who they would’ve been. Just like you dream about your kids – what they’ll be when they grow up, who they’ll marry, where they will go in their life. We wonder about them too. We wonder what they would’ve looked like. What type of personality they’d have. They were our babies. And every so often, it crosses our mind – that we should have a 9 year old, and one starting kindergarten, this year. And our heart breaks a little bit again….for who they would’ve been. It doesn’t mean we can’t try again. It doesn’t mean we won’t have more babies. And we will love them & hug them ever so tightly. But it doesn’t change the fact that some of our babies are missing.

As sad as we are that this happened to us, we truly are happy that it didn’t happen to you. It has been suggested, after some of my losses, that I was angry at people that were able to have kids without any problem. Friends, I can assure you that this couldn’t be farther from the truth.  I’m going to be blatantly honest right now – I’ve made the statement, in times of grief, how aggravating it is that people can drink alcohol, do drugs, abuse their bodies and have disregard for the life growing inside them, and still have babies left & right with no problem. When you’ve been in these shoes, I think you could understand how frustrating that can be. But you know what else? I’ve never, ever been less than happy that those little lives came to fruition! And I don’t think any other miscarriage mommy has either!   Mommy friend, I would never wish the hurt or grief of miscarriage on you- for any reason. I am not angry that you have what I couldn’t. I am not upset that you didn’t have to struggle to have your babies. I am so, so happy that my story isn’t yours. Jealous? Probably. Is that a sin that I wrestle with? Definitely. Angry? Never.

You don’t have to know what to say to us. I think one of the most awkward parts of pregnancy loss are the condolences. It’s why so many people that have experienced recurrent pregnancy loss choose not to disclose their pregnancy until later into or after the first trimester…because although so many are kind-hearted and well-meaning, they just don’t know what to say. And that’s ok. In the back of our minds, we may know that everything happens for a reason, that God has a plan, and that our babies are in a better place…but friends, it sure doesn’t feel like it at the time. I’m sorry – it’s enough to just say that. We understand that you don’t understand. We’re ok with leaving it at that.

I’m not really sure why I felt led to write this post today. Maybe just to speak a word of togetherness. Oneness. Today is Pregnancy & Infant Loss Awareness Day. To some, it’s just another October 15th. To those that have experienced the loss, it’s a day to remember. I hope that this post will open the eyes of those that haven’t observed this day before. Light a candle for your friends’ angel baby. Give them a call or a hug. Let them know that you remember. And even if you can’t relate, you care.

Fellow Mommies, just because our babies never lived outside our bodies – it doesn’t mean they didn’t live. It doesn’t mean they weren’t real – they were our reality. They were hoped for. Dreamed about. Prayed about. Anticipated. Loved. Just like yours. Y’all, there’s a lot that could be said here. And some may say it better than I. But losing a baby – it’s hard. after birth, 38 weeks in, 20 weeks in, 9 weeks in – it’s still hard.

Let’s just love each other through it today.

“Above all, keep loving one another earnestly, since love covers a multitude of sins. ”  -1 Peter 4:8

One thought on “For Those Who Haven’t Lost”